How to Join a Team on Twitch

It might be challenging to become known to others as a streamer because there is a big pool of competitors in streaming, especially Twitch. There are several ways to grow on Twitch.  Joining teams on Twitch is a nifty feature Twitch offers to its users. Here is a detailed guideline about it.

Twitch Partner Program has launched a feature called Twitch Teams, allowing the broadcasters with the same gaming interest to stream their content under the same banner. It signifies that the member that belongs to one team is a part of the same streaming community. Any member of the team hosts the other member, collaborate with them. Showing support and helping your teammates grow ultimately makes you grow in streaming. Twitch teams’ purpose is to provide a platform for streamers to socialize and connect with other broadcasters and grow in this field together as a group.

When you open a team through your Twitch profile on the website, you will see a list of all the members of that team on the left side of your screen’s display. The active or live member will be shown at the top with a small red dot on their names’ right. The live members will be featured in the team’s video player with their brief description below the player.

Finding a Team on Twitch:

Unluckily, there is no direct search bar to find a team on Twitch. You have to search on your own if you want to join a group on Twitch or can get help from different lists generated by Twitch analytics tools like SullyGnome. You may find the list of most active stream teams in the past three months, and these analytics tools also keep a record of their viewership, stream time, and much more. Check for the groups suitable for you according to your genre.

You can ask streamers to know more about them and discuss that you want to collaborate with them. If they are already a part of a team, ask for further details of the group.

Things to remember while joining a Twitch team:

While looking for a perfect stream team on Twitch, you must keep these things in your checklist:

How to Join a Team on Twitch:

Once you have reached to a team member you want to join, ask them to guide you about other teammates. It is a good idea to have a little chat with the leader of the team. Influence them with your offering and tell them what value you will add to their team. If he rejects you, stay humble and ask for any constructive feedback for your improvement. Work on those things on your channel.

If the leader agrees on adding you to his team, he will send you an invitation, which you can accept through these steps:

On an operational basis, Twitch teams are divided into the following sub-categories:

Teams with a crowd of more than 500 streamers come under this category. There are no proper selection or rejection criteria. Anyone can apply for these teams, and most of the streamers who join such significant communities are beginners. You must not join these communities to enhance your streaming skills. As the count of members increases, the chances for networking or collaboration decrease.

The teams with less than 500 members are referred to as big groups. They offer comparatively more growing facilities than open communities. It is a better idea to join these teams but still not advised for the beginners because there are mostly a few highlighted streamers in these communities. Moreover, the members’ limit is still not suitable for newcomers to interact with those professional streamers.

These are the perfect Niche Networking teams for beginners. There are less than 100 members in such groups, and these communities can prove worthy and valuable for learners. Their sole purpose is to support, work together, and help one another in overall growth. We would strongly recommend you to be a part of such teams on Twitch if you are serious about your career in streaming.

Well-known streamers create these teams for their communities. Followers of larger streamers join these groups. These are like community circles of those streamers rather than Twitch teams and are not meant to learn and grow amateurs. Streamers engage with their followers through these teams, and it also grows their channel.

As the name suggests, sponsored teams are exclusive for streamers who have become a brand in the world of streaming. Various companies and corporations support their streaming. For example, the Corsair Twitch team is reserved for the streamers who they sponsor.  Streamers with established channels on Twitch are offered by organizations to join these teams.

Related: How to Make a Team on Twitch?

Creating a team on Twitch:

Some Twitch users prefer to connect to teams that are already functioning well. Contrary to this, some members who do not think to fit into existing groups create their own twitch teams with streamers they love and stream and host together. With the team’s creation comes a set of responsibilities because you will be the main admin and leader of your group, and of course, there are some conditions to meet before you create a team on Twitch.

The main requirement for being eligible to make a Twitch team is first to become a Twitch partner. Next, you request to create a new Twitch team by opening a ticket by logging in to your Twitch Partner account. You have to provide information like Team Page URL, Team Display Name, and Twitch Account to own or edit in that opening ticket. Twitch staff will go through your responses in the opening ticket.

Note: Be cautious while entering your Team URL because it cannot be changed once set. Furthermore, one partner can apply team requests two times only.

You will become the owner of your team once the Twitch staff has approved your request.

To check your team’s settings, you need to go to channel setting > channel and videos > my teams > settings.

Now you can add more content to your team, like descriptions, any artwork you created, and choose your team page’s style.

You can invite other streamers through the members’ tab of ‘My Teams.’ There is an option to set the priority. This priority will define which streamer’s name will be placed on top of the list when multiple streamers are live. You can get an insight into further details as well, including the generated revenue.

Joining more than one teams on Twitch:

You are free to join as many teams as you want on Twitch. Still, it is not beneficial to join many groups. Remember, focus on what you are looking for in the team before joining them. It is good practice to be limited and productive. However, you must enter at least one niche networking team for your growth.

In the other scenario, if you are a partner, you can run at a maximum of two teams.

What does a Twitch team expect from you?

You must work on these things when you join a team. To be a successful streamer, you have to work hard and be prominent in the group.

When you are doing good, and your channel is growing, other teams will automatically send you invitations.

PROS of joining a Twitch team:

We have listed below some of the advantages of joining a Twitch team.

CONS of joining a Twitch team:

To every picture, there is another side. The same is the case here. We have mentioned some cons of joining teams on Twitch:

Though these things can make you feel isolated and sometimes demotivated, too, if you focus on the learning, these will not be a big deal for you.

Click on the Edit option in the team settings. A team dashboard will open with different options like:

There will be a display of revenue generated by your team members only if they have allowed you and have not activated privacy.

Stats will show the channel stats of your teammates if they have allowed you to see this information.

In this option, you can edit the member list of your team. You can invite others or remove members when needed. Also, you can decide on the priority of your teammates.

You can recommend channels of your choice in this section. These channels will be featured when none of your team members is currently live on his Twitch channel. There is no need for any permission from the channels’ owners you add under this category.

The members of the Twitch team are allowed to set several options like:

By clicking on the team’s name, you want to visit, and you can check the profile of different groups.

The owner of the team can see the stats of your channel if you check this option.

Similarly, the owner can get the information of revenue generated by you if you select this option.

By checking this option, you select that team joined as your ‘main team.’ This team’s display name will be featured on your Twitch channel. From here, you can change your leading team as well.

If you want to remove yourself from the team, click on this option.

If you feel that the joined team is not helping you anyway, you can choose to leave that team.

Go to your dashboard> channel settings> channel and videos > My teams > Settings> Remove. By clicking on the remove, you can leave the team.

Twitch teams prove to be a launching pad to excel in content creation, collaboration and community building for those who are new to the streaming world. You can become a successful streamer if you use this valuable feature of Twitch wisely and join teams according to the advice and methods mentioned in the above article.

Should I join a team on Twitch?

If you are looking to connect and collaborate with other streamers, joining Twitch teams will help you. The members of established groups cross-promote streams of other members. You should enter the Twitch team if you are willing to reciprocate the support your teammates offer to you.

Can you join multiple twitch teams? 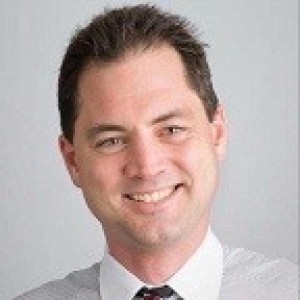 Michael decided he was ready for a new challenge by becoming a content writer after working for such a long time in the field of Social Media Marketing. He put his skills to use by learning about several of the subjects he was interested in, most notably Digital Marketing.
All Posts »

Michael decided he was ready for a new challenge by becoming a content writer after working for such a long time in the field of Social Media Marketing. He put his skills to use by learning about several of the subjects he was interested in, most notably Digital Marketing.
All Posts »
PrevPreviousHow to Block Someone on Twitch
NextHow to check that how long I have been Following someone on Twitch?Next

How to Make a Team on Twitch?

How to Unblock Someone on Twitch?

How to do Giveaways on Twitch?

How to Block Ads on Twitch?

How to check that how long I have been Following someone on Twitch?

How to Join a Team on Twitch

How to Block Someone on Twitch

How to Unfollow on Twitch Quickly

How to See Followers on Twitch?

How to Make a Team on Twitch?

How to Unblock Someone on Twitch?

How to do Giveaways on Twitch?

No products in the cart.